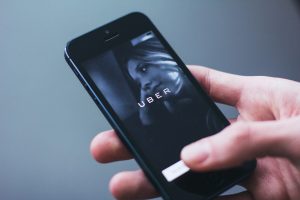 As the nation’s appetite for Transportation Management Companies (TMC’s) like Uber and Lyft continues to grow, local transit agencies are finding ways to turn these potential competitors into allies in the struggle for universal mobility, according to research funded by the Center for Transportation Equity, Decisions, and Dollars (C-TEDD).

“The rise of Lyft, Uber, and other TMC’s offer the opportunity to greatly improve transportation services and first/last mile connectivity,” says Dr. Catherine Ross, the Georgia Tech professor who led the study. “Initial results are that this would lead to greater efficiency and coordination, which will attract users from all incomes.”

Urban mass transit systems generally operate on fixed routes within a service area, stopping only at designated points. This model is great for predictability and very useful for travelers who live or work near a transit stop, but it is less helpful for people whose travel needs take them beyond the fixed route. For those individuals, the efficiencies offered by mass transit are lost if they are unable to complete the journey’s first or last segment by transit (what transit planners call the “first/last mile problem”). This leaves them to find alternate transportation, often at greater personal expense. Many urban residents in this situation have taken to using TMC’s such as Uber and Lyft to reach their destinations, thus raising the question of whether transit agencies are effectively in competition with TMC’s.

The project led by Professor Ross, and funded by CTEDD, examined this relationship in a number of American cities and developed a framework to encourage urban transit agencies to work alongside TMC’s to solve regional mobility challenges. The framework proposes having transit agencies partner with TMC’s to transport transit riders between their origin/destination and the nearest fixed-route transit stop, with the funding and scheduling integrated into a single package. For example, a rider living two miles from a light-rail station could request an Uber/Lyft ride to the station, then board a light-rail train to continue his or her journey. Both segments of the trip would be combined into a single fare, and coordinated so the rider transfers seamlessly from one vehicle to another.

Partnerships such as the one described above are key to overcoming the mobility challenges facing cities, according to Ross’ team, and existing policy and financial resources can be leveraged to make change in targeted areas where additional transportation access is most needed. The team argues strongly in favor of these partnerships as a means of improving job accessibility for urban residents, but finding a way to properly document the potential economic advantages was a challenge for the authors.

“One of our most difficult tasks was measuring the influence of job accessibility [on the partnership framework] when we integrate TMC’s with public transit,” says Ross.

The team analyzed the performance of TMC’s as a supplement to fixed-route transit, and found that using TMC’s to transport riders to and from distant transit stops would be more cost-efficient than using feeder buses to accomplish the same task. They also found that by partnering with transit agencies to transport riders on such trips, TMC’s could place multiple riders in cars that would otherwise only transport a single rider per trip, thus allowing for substantial cost savings for the TMC and giving them a financial incentive to partner with transit agencies to organize these trips.

The authors ultimately argue that TMC’s are now a permanent fixture of the urban mobility landscape, and transit agencies must find lasting ways to cooperate with them as peers and service contractors. They advise policymakers to expand the menu of funding opportunities available for such cooperation, and to keep an open mind for the ways in which flexible services can better serve the traveling public.